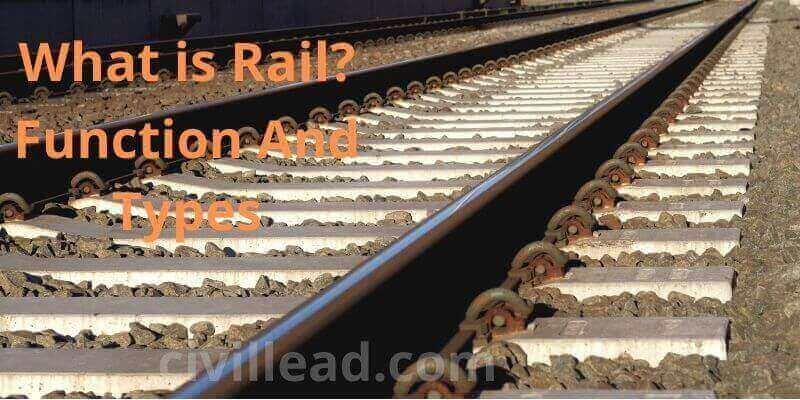 Rails are steel girders placed an end to end to provide a level and continuous surface for the movement of trains.

Originally the rails used were double-headed made of I section or Dumbbell section as shown in the figure. The idea was that when the head of the rail is worn-out during the service period, the rail could be inverted and reused without increasing any extra expenditure.

Such rails need to be supported on chairs that rest on sleepers. But later on, it was found that during the service the bottom table of the rail was dented by the long and continuous contact with the chair to such an extent that it was impossible to reuse it. This led to the development of bull-headed rail.

The lower head or table was kept of just sufficient size to be able to withstand the stress be induced by the moving loads. The rail also required a chair for fixing it to the sleepers. This proved the greater drawback of this rail.

To remove the above drawbacks, Charles Vignoles developed an inverted T shaped section known as flat-footed rail in 1936. Flat-footed rail is also known as Vignole rail. It has the following advantages over double-headed and bull-headed rails.

The F.F. rails have been widely accepted throughout the world. About 90% track length of the entire world has been laid with F.F. rails. It has also been standardised on Indian Railways.

If you found this information helpful please don’t forget to share it with your friends.

Function of Ballast in Railway Track

What is Ballast? Ballast may be defined as a layer of...