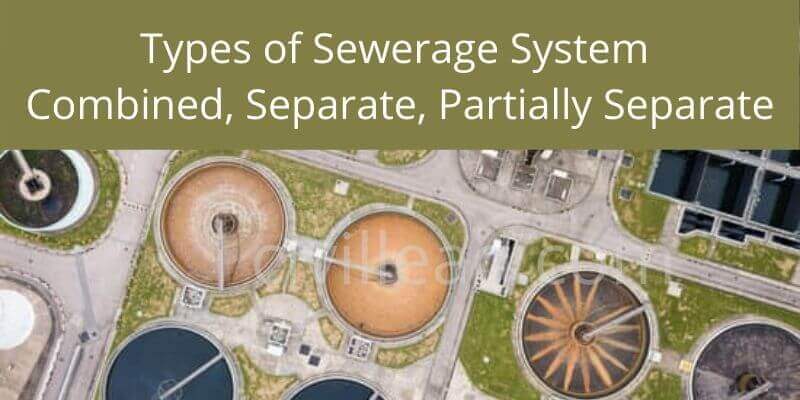 What is the Sewerage System?

Sewerage is the infrastructure that conveys sewerage, surface runoff using Sewer. It encompasses components such as receiving drains, manholes, pumping stations, stored overflows and screening chambers of the combined sewer or sanitary sewer.

Sewerage enters the entry sewerage treatment plant or at the point of discharge into the environment. It is the system of pipes, Chambers, manholes etc. that convey the sewerage and stormwater.

In a combined system, the same sewer is intended to carry both the domestic sewage, industrial wastes as well as the surface and the stormwater flow.

In a separate system, the domestic sewage and industrial wastes are carried in one set of sewers whereas the storm and surface water are carried in another set of the sewer.

Why we need partially separate system?

It may raise that a combined system of sewerage has not been found quite suitable under tropical Indian conditions for reasons outlined below.

Because of the reasons described above, it has been found necessary in practice to have a compromise between the separate and combined system and to adopt as for as possible the partially combined or partially separate system of sewerage.

The underground sewer system carries, only the sanitary or domestic sewerage into which may also be drained rainwater from the backyard and roofs of houses.

In contrast, the stormwater from the house front and the surface wash of streets and roads may separately discharge into a watercourse running near or to the same low lying area at some farther distance.

If you found this article helpful, please be sure to share it with your friends.

Scroll back to top

What are the common Impurities In Water?

Common Impurities In Water We can’t imagine our life without...